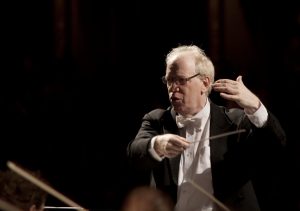 Although the young violinist Gáspár Kelemen, who became well-known from the Virtuosos of 2016, is barely past ten years old, he still enjoys many domestic and international awards. In 2015 he won first place at the Gianluca Campochiaro International Music Competition in Sicily, in 2019 in the 16th. He received the grand prize of the National János Koncz Violin Competition. This time, the audience can admire its overwhelming musicality and brilliant virtuosity in Mendelssohn violin concerto in D minor.