Fast gaining an international reputation as one of the most exciting young European conductors of his generation, in 2013 Gergely Madaras was appointed Music Director of the Orchestre Dijon Bourgogne. From September 2014 he will also take up the post of Chief Conductor of the Savaria Symphony Orchestra in his native Hungary.

Upcoming orchestral highlights include his debuts with the Munich Chamber Orchestra, BBC Symphony, Janáček Philharmonic and the Academy of Ancient Music, as well as returns to the Scottish Chamber Orchestra and Orchestra of the Teatro Regio in Turin. The 2014/15 season also sees Gergely Madaras make his Australasian debut conducting the Melbourne Symphony, Queensland Symphony and Auckland Philharmonia orchestras.

Gergely Madaras is also establishing a fine reputation as an opera conductor: in 2012 he was appointed as the inaugural recipient of the Charles Mackerras Fellowship at the English National Opera. During this two year appointment he worked on productions of The Barber of Seville, Benvenuto Cellini, The Pilgrim’s Progress, Rigoletto and Wozzeck, and in Autumn 2013 was invited by ENO to conduct Simon McBurney’s new production of Magic Flute in London. He will reprise this production for his debut at De Nedelandse Opera Amsterdam in Spring 2015. Other
opera engagements have included Peer Gynt in Dijon and Bluebeard’s Castle in concert at the 30th International Bartok Festival in Hungary. Future appearances in Hungary include semi-staged performances of La traviata and Lucia di Lammermoor in Szombathely and productions of Magic Flute and Verdi’s Otello at the Hungarian State Opera in Budapest. In 2015/16 he will make his debut at the Grand Théâtre de Genève with another new production of Magic Flute.

Madaras has also been exceptionally active on the international contemporary music scene with regular appearances at festivals such as the Wien Modern, MiTo Settembre Musica, Tanglewood Festival of Contemporary Music and Lucerne Festival Academy. In recent seasons he has worked closely with Pierre Boulez, Peter Eötvös and George Benjamin. In 2004 he co-founded the IKZE Festival (Contemporary Music Festival of Young Composers), that becameone of the most important new music events in Hungary and during its six years of existence it premiered 109 works of 42 composers. 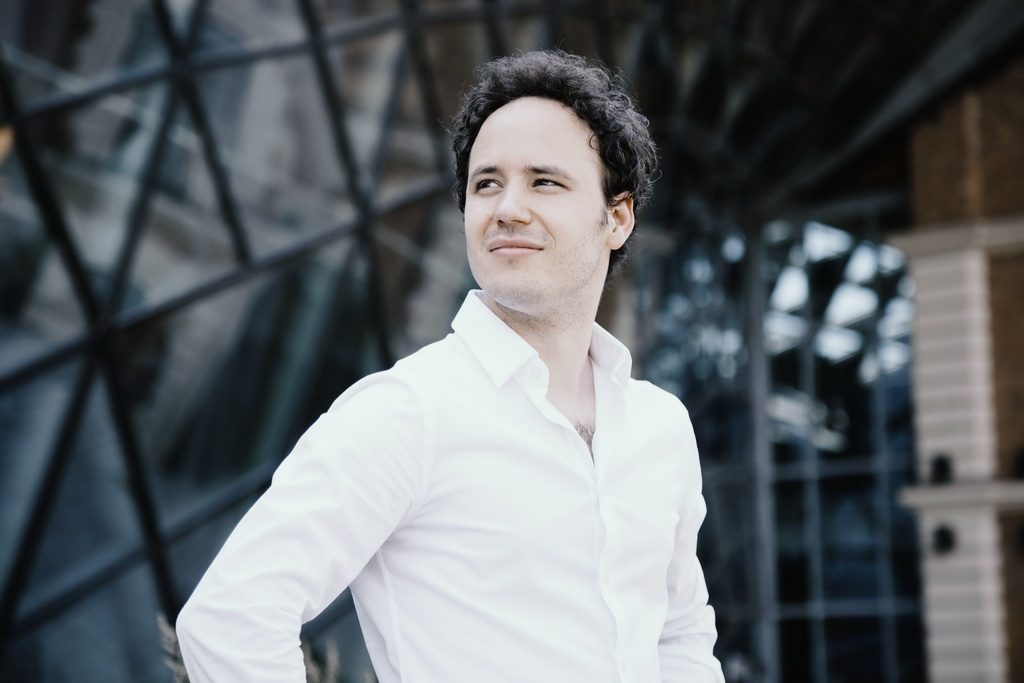 In recent years Gergely Madaras held the coveted Junior Fellowship in Conduc ting at the RNCM in Manchester, has been a conducting fellow at the Tanglewood Music Center (recipient of the 2009 Seiji Ozawa Fellowship) and American Academy of Conducting at Aspen. He has worked alongside and studied with conductors James Levine, Sir Mark Elder, Herbert Blomstedt and David Zinman. Between 2011 and 2013 he served as assistant conductor for Pierre Boulez at the Lucerne Festival Academy. Madaras has also received tutelage in public masterclasses under the guidance of Mariss Jansons, Sir Colin Davis and Sir Mark Elder, conducting the Royal Concertgebouw Orchestra, theLondon Symphony Orchestra and the Hallé Orchestra.

In 2011 Gergely Madaras was one of three finalists at the 52nd Besançon International Competition for Young Conductors, and won the ARTE Live Web prize. Also in 2011, Madaras received the Junior Prima Prize, the most prestigious award in Hungary given every year to outstanding young artists.

Born in 1984 in Budapest, Gergely Madaras began his musical education studying the flute, violin and composition. He holds masters degrees from the orchestral conducting faculty of the University of Music and Performing Arts Vienna as well as from the flute faculty of the Franz Liszt Academy of Music in Budapest. His teachers were Mark Stringer and Henrik Prőhle.